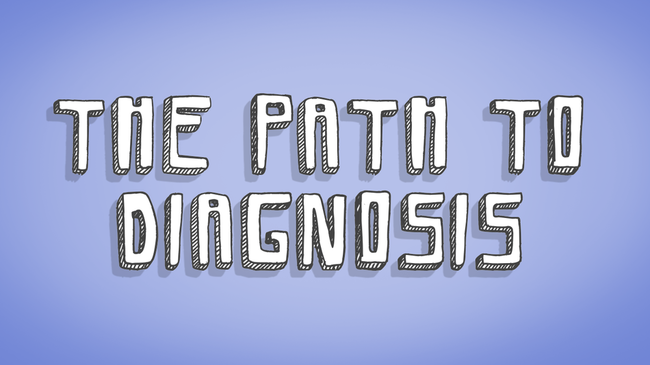 In irritable bowel syndrome, there is no damage or visible sign of disease in the large intestine, but it does not work properly. An accurate understanding of symptoms is one of the most important aspects of diagnosing IBS. It is equally important to exclude other possible causes of gastrointestinal (GI) symptoms.

IBS is usually diagnosed by a gastroenterologist or a primary care physician.

How is IBS diagnosed?

There is no single test for irritable bowel syndrome. Instead, the doctor will consider your medical history and may perform a variety of diagnostic tests.

The doctor will take a thorough history, asking detailed questions about bowel symptoms, how long you have had them, and how often they occur. They may also ask questions about your psychological health and any history of trauma – many people with IBS have depression or anxiety and a history of abuse. The physician may ask about family history of GI problems and other conditions. A clear picture may emerge from the medical history to help the doctor assess risk factors that strengthen the suspicion of IBS or rule out other conditions.

There are two sets of criteria doctors may consider when evaluating your symptoms for the possibility of IBS.

Rome IV criteria for IBS require symptoms for at least six months and abdominal pain at least one day a week over the past three months. Symptoms must include:

Manning criteria for IBS include:

Laboratory testing of blood and stool can provide many clues about what is going on in your body.

If you have any warning signs of another bowel disease, the doctor may order additional tests.

Warning signs may include:

Imaging tests can include X-rays, computed tomography (CT) scans, ultrasounds, and magnetic resonance imaging (MRI). You may need to swallow a contrast solution such as barium before some imaging scans to provide a clearer image. A barium enema may be necessary before imaging of the colon. Imaging scans can detect signs of inflammatory bowel disease such as scarring, intestinal blockages, abscesses, and fistulas (abnormal passages between the bowel and other organs or tissues).

An endoscopy is a test in which a small camera is inserted into the stomach via the mouth and esophagus (upper endoscopy) or into the rectum for examination of the lower colon (sigmoidoscopy) or the entire colon (colonoscopy). People are usually sedated during endoscopy tests. During the examination, your doctor may use tools to remove tiny portions of affected tissue for analysis. This is called a biopsy. These procedures can be done during an outpatient appointment with no hospitalization required.

Bowel preparation may be required before colonoscopy or sigmoidoscopy. Bowel prep, as it is called, can involve changes to diet starting hours or even days days before the procedure, and in some cases taking medication to trigger diarrhea. Different doctors prefer different bowel prep regimens. The goal of bowel prep is to clear out the colon to allow a clear view during the colonoscopy.

Endoscopy and biopsy are performed to check for signs of damage in your bowel. IBS does not cause damage, so the presence of lesions or changes to the bowel may indicate that symptoms are caused by inflammatory bowel disease, celiac disease, microscopic colitis, or another GI condition.

Ruling out other conditions

Dozens of other conditions can produce IBS-like symptoms, and these must be ruled out in order to confirm irritable bowel syndrome. The process of ruling out similar conditions is referred to as differential diagnosis. To list just a few, conditions that may resemble IBS include Crohn’s disease, ulcerative colitis, microscopic colitis, fibromyalgia, parasites such as Giardia, celiac disease, and lactose intolerance. The side effects of many medications may include symptoms similar to those seen in IBS.

Your doctor may be able to rule out many of these conditions quickly based on your medical and family history or simple blood tests. Other disorders may require time and repeated tests before they can be confirmed or ruled out. The presence of other diseases in addition to IBS may complicate the differential diagnosis and eventually result in multiple diagnoses.

What is the prognosis for IBS?

Irritable bowel syndrome is not fatal. People with IBS live a normal average lifespan. In some people, IBS goes into remission – causes no symptoms – for many years. However, IBS can reappear. There is no cure for IBS.

At what age does IBS develop?

Most people develop IBS before age 50.

My IBS is very unpredictable in what causes a flare up. There are foods I know I cannot eat because of the dreadful pain,wind and multiple bowel… read more

See what others are talking about

Get the latest articles about IBS sent to your inbox.

Thank you for signing up.

Get the myIBSteam mobile app

© 2020 MyHealthTeams. All rights reserved.
myIBSteam is not a medical referral site and does not recommend or endorse any particular Provider or medical treatment.
No information on myIBSteam should be construed as medical and/or health advice.